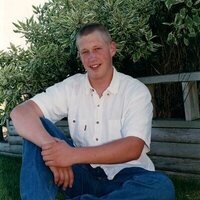 Visitation will be for one hour prior to the funeral service at the church on Friday.

Rob Joseph Heng was born on November 2, 1981, to Jim and Susie (Lammers) Heng in Moorhead, MN.  He was baptized and later confirmed at Our Saviors Lutheran Church in Barnesville. He grew up and attended school in Barnesville, graduating from Barnesville High School in 2000.

Rob grew up working on the family farm, helping with the baby calves and cattle. When he was 13 years old, he began working at the Mill in Barnesville and continued to work there for many years. He also worked for North Dakota Grain for a short time. Rob was a helpful person. He helped with everything around the farm, and any project that he could for his mom. Rob enjoyed working with motors. He loved riding personal watercraft, snowmobiles, and motorcycles. He was handy at fixing and running small engines including lawn mowers and the chainsaw.

He is survived by his parents, Jim and Susie Heng; all of Barnesville; two siblings: Tammy Heng of Barnesville and Travis Heng of Fargo, one nephew, Austin Curfman, and several aunts, uncles, and cousins, also survive him.

He was preceded in death by his brother Jeremy, grandparents, Dallas and Annie Lammers and Stanley and Marlys Heng; and an uncle, Dean Heng, and Aunt Karen Foslien.