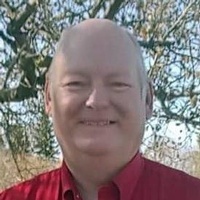 Robert James Ronsberg was born July 4, 1956 to Odean Clifford and Dorothy May (Moris) Ronsberg in Moorhead, MN.  He was baptized on his family’s farm in rural Barnesville by Pastor John Ronsberg.  He grew up and attended school in Barnesville graduating in 1974.  He attended college at the University of Waseca.  He moved to Baudette, MN where he was farm manager for Larry Larson for a couple years.  He returned to Barnesville and he was window salesman for Marvin Windows.

He started a long-time career as an over the road truck driver.  During those years he trucked for Held Beef, Berg Grain and Produce, Melroe (Bobcat) where he retired from.  He was currently driving for Marvin Windows (Integrety).  He has awards for truck rodeos and safe driving for a million miles plus.

Throughout his life, farming was Robert’s passion and he was drawn to the care for the land.  He was married to Cheryl Belling in 1983 and to this union six children were born.
He was married to the love of his life Tessie Cabahug (Rosal) on November 27, 2015.  They made their home on a farm in rural Barnesville.  He will be remembered as a joker.  During his lifetime he enjoyed driving in demolition derbies, stock car racing, and watching NASCAR. He has owned and cared for his first car, a red 1965 Buick Wildcat convertible.  Robert loved spending time with his grandchildren, playing jokes on them, and calling them on the phone.  He was a member of Gran Lutheran Church;

Robert was preceded in death by his dad Odean; and an infant sister Kathleen.;

Visitation will be from 5-8 PM, Wednesday, June 6 at Dobmeier Funeral Home in Barnesville with a Prayer Service at 7:00 PM.