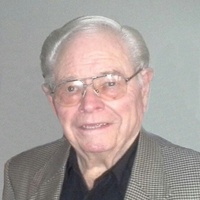 Robert Berg, 95, Pelican Rapids, MN, passed away Friday, November 6, 2020, at his home under the care of Hospice of the Red River Valley. He was born September 16th, 1925, to Arthur and Caroline (Wulff) Berg on the family farm north of Barnesville, Minnesota. Bob enjoyed growing up in a small community and graduated from Barnesville High School in 1943. After graduation, Bob took over the family farm, transforming it into Green Valley Farms by adding a line of prize-winning registered Polled Hereford cattle, and is a member of the MN Hereford Breeders Hall of Fame. He also worked for many years as a potato broker and served as a board member for the Barnesville School district. In 1955, Bob had the distinguished honor of being chosen as the first Young Farmer of America for Minnesota from Clay County. In later years, Bob operated the Unlimited Business Exchange, a barter organization in the Fargo-Moorhead and surrounding areas.

In 1948, Bob married Velma Rosenfeldt with whom he had two sons and a daughter. Jeff (Jill) Berg of West Fargo, ND; Greg (Sherrie) Berg of Barnesville, MN; and Jane (Tom Johnson) Beare of Savannah, GA.

Bob enjoyed working the land, hunting, fishing and visiting with friends and family. He is well-known for his story-telling abilities whether they took the form of remembering hunting or fishing escapades, life growing up on the farm, or the re-telling of jokes, Bob's animation and timing were impeccable right up until the end. Bob took an active role in his faith, serving on the board with St. James United Church of Christ in Barnesville, and over 30 years as local elder with the Worldwide Church of God. He maintained and cherished a close communion with his Lord, avidly studied the Bible and strove to embody its principles and shared his gift of a beautiful singing voice with many. He was a wonderful friend and counselor, a good steward of the land, and a man who was noble in his intentions throughout his life. In the words of Maureen, he was a nice man.

Bob was preceded in death by his parents, first wife Velma, his brother and sister-in-law Lawrence (Lovern) Berg, sister and brother-in-law Marguerite (Floyd) Wardeberg and an infant sister, Corolla.

A recorded message from the family is below, honoring their dad. In lieu of flowers, memorials are preferred to Hospice of the Red River Valley.

To order memorial trees or send flowers to the family in memory of Robert Berg, please visit our flower store.