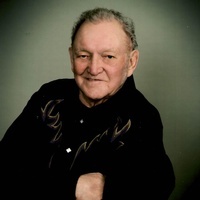 Roger Berg, 79, died in his home in Pelican Rapids, under the care of LB Hospice and his family.

Memorial Services will be 11:00 AM, Saturday, May 11, 2019 at North Immanuel Lutheran Church, rural Pelican Rapids, MN with Rev. Ethan Fearing officiating.  Inurnment will be in West North Immanuel Cemetery.

Visitation will be from 5-8 PM, Friday, May 10, 2019 at Dobmeier Funeral Home in Barnesville, MN with a Prayer Service at 7:00 PM.  Visitation will continue for one hour prior to the service on Saturday at the church.

Roger Harland Berg was born on March 8, 1940 to Clarence Dennis and Gladys Miranda (Haughtvedt) Berg in Barnesville, MN.  He attended country school in rural Barnesville.  As a young boy he went to work in the construction field.  He married Karen Ulrich in 1961 and to this union six children were born.  During those years, they had a dairy farm, Roger worked road construction and drove school bus.  As the years went on, Roger moved to Glyndon, and worked in a repair shop with Ronnie Cummings.  In the early 1980’s, he met Gaylene Hillyer and they became a couple.  They made a home and life together in Glyndon, MN.  In 1994, they moved to Lida Lake, rural Pelican Rapids, MN.  During those years, Roger went back to road construction work, driving truck and other equipment for a few companies including Northern Improvement, Aggregate, and lastly for Larry Davis and Sons.  In 2011, Roger and Gaylene moved into Pelican Rapids.  He never did fully retire; as he looked forward to spring to till gardens for many in the area.

Those who knew Roger will know of his love for Ford trucks with loud pipes.  Almost daily, he enjoyed going for drives for ice cream, pie, or groceries.  He also enjoyed 4 wheeling and driving his John Deere tractors.  He teased and would give nicknames to many of the kids.

Roger was preceded in death by his parents and one grandson, Dustin.

To order memorial trees or send flowers to the family in memory of Roger Berg, please visit our flower store.