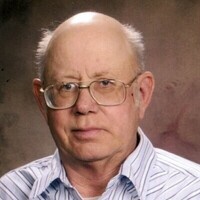 Ronald Haug, age 77, of Barnesville, died on Wednesday, March 31, 2021 at Sanford Hospice in Fargo, ND with his loving family at his side.

Memorial Services will be 2:00 PM, Monday, April 5, 2021 at Dobmeier Funeral Home in Barnesville, MN with Rev. Chris Leach officiating.  Burial will follow in Rollag Cemetery, Rollag, MN. Military honors will be by the Honor Guard of the Barnesville American Legion and VFW posts.

Visitation will be held for one hour prior to the memorial service.

Ronald Carlton Haug was born on October 16, 1943 to Delphin Carlton and Mildred Alice (Hoppe) Haug in Duluth, MN. He was baptized and confirmed at Rollag Lutheran Church. He grew up on the family farm southwest of Rollag. He attended country grade school near Rollag in which his mother was the teacher. His family then moved into Barnesville in 1959, where he continued school and graduated in 1961.

After high school, he worked for area farmers. In 1964, he joined the Minnesota National Guard. He served in the MN National Guard for over 26 years, belonging to the 2nd Battalion Mechanical, 136th Infantry, based out of Detroit Lakes. He was devoted to his military duties and enjoyed his time as motor Sargent. He retired from the guard in October of 2003. During his lifetime, Ronald was employed at Wheels Service Company in Fargo in the parts department. He also worked at several other places including Lindsey Brothers, Johnson Rogers Implement in Barnesville, and Triple R in Fergus Falls in farm equipment sales. He then worked for Deans Bulk Service in Barnesville until 2011.

Ron was united in marriage to Bette Bontjes on April 3, 1965. They have lived their entire married life in Barnesville. Ron was a member of the American Legion and a member of the RATS (Retired Army Troops). During his lifetime Ron enjoyed deer hunting, ice fishing, restoring antique tractors and cars. Coffee time at the local cafe was his routine. He will be remembered as having one of the cleanest pickups in town and having a manicured lawn.

He is survived by his wife Bette, of Barnesville, three daughters: Paula (Paul), Pam, and Penny (Cliff), and three grandchildren, sister Barbara (Ritchie) of Moorhead, and many lifelong close friends.

Ron was preceded in death by his parents.