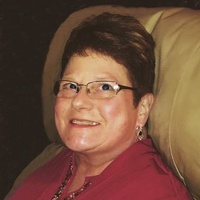 Ronda Smith, age 57, of Barnesville, died suddenly from complications of surgery at her home on Sunday, May 2, 2021.

Memorial Services will be 11:00 am, Friday, May 7, 2021, at Assumption Catholic Church in Barnesville, MN with Father Todd Arends presiding. Inurnment will be 2:30 at Sunset Memorial Gardens in Fargo, ND.

Visitation will be Thursday from 5-8 pm at Dobmeier Funeral Home with a rosary at 7:30 pm.

Ronda Lo Hanson was born on October 25, 1963, to Lloyd Orris and Dorla Darlene (Gronvold) Hanson in Moorhead, MN. She grew up in Fargo and attended school at Jefferson Elementary and graduated from Fargo North High School in 1982. She attended Moorhead Tech College and earned a dental assistant degree and later attended NDSU where she obtained her degree in respiratory therapy.

On June 6, 1993, Ronda was united in marriage to Robert Darwin Smith. They lived in Fargo and then moved to Barnesville in 1999. Ronda's family was her first priority. She was a hands-on mom and cared so much for her family and those around her. Her faith, love, and strength were only a few characteristics she instilled upon her children. She was active throughout her life in her faith. Ronda will be missed by so many she loved.

She was preceded in death by her dad Lloyd; father and mother-in-law, Bob and Fern Smith; and her grandparents.

Due to COVID-19 limitations and restrictions the service will be livestreamed and recorded for those who aren't present. To watch the livestream go to the bottom of her obituary page and it will begin at 11 AM, otherwise, if you wish to watch it later it will become available after 2 PM in the recorded format also on the bottom of the obituary. Please feel free to sign the online guestbook so the family knows you were able to join them for her service.