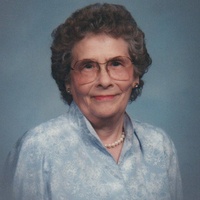 Ruth Mathilda Lemke was born on October 29, 1925, to Albert and Clara (Olson) Lemke in Barnesville. She attended Barnesville schools, graduating from Barnesville High School in 1943. As a teenager, she worked for Dr. Carl Simison, Garnett Solum and at Zimmerman's Dime Store in Barnesville.

Ruth married H. Walden Buster Johnson, on September 26, 1944, at Our Savior's Lutheran Church in Barnesville. They farmed near Baker, MN. Two sons were born to them, Paul and James. After Buster's death in December 1960, she and the boys moved into Barnesville where she worked for Nosal's Red Owl for 20 years as a clerk and bookkeeper.

Ruth married William J. Braseth on February 29, 1976, at Our Savior's Lutheran Church in Barnesville. They farmed near Lake Park, MN, and also operated Bill's Locksmith Service. After Bill's death in October of 2010, she moved to Riverpointe of Moorhead Assisted Living and in 2018, to Villa Maria Nursing Home.

She was a member of Our Savior's Lutheran Church and The Leah Circle. Ruth was a wonderful cook and made the best cookies and pies. She loved to crochet and do needlepoint, leaving a legacy of doilies and afghans, that she gifted. She enjoyed dancing and listening to music. She was an avid Minnesota Twins fan, and especially loved visiting with family and friends.

To order memorial trees or send flowers to the family in memory of Ruth Braseth, please visit our flower store.