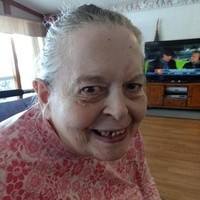 Funeral services will be 11:00 AM, Tuesday, December 17, 2019 at Dobmeier Funeral and Cremation Service in Barnesville with Father Maschio Mascarenghas presiding.  Burial will follow in St. Mary’s Cemetery, Barnesville.

Visitation will be held for two hours prior to the funeral service.

Ruth Cecilia Mathew was born on December 9, 1940 to Ralph and Cecilia (Schindler) Mathew in Moorhead, MN.  She grew up in rural Barnesville and attended grade school at Assumption Catholic School. She then attended The Mount St. Benedict in Crookston, MN, her freshman and sophomore high school years, where she was noted as an accomplished piano student. She completed high school at Barnesville High School, graduating in 1958. In the fall of that year, Ruth attended The College of St. Benedict.

She returned to Barnesville and was united in marriage to Francis Motzko on June 24, 1967 and together they raised their 4 children: Stephanie, Mary Ellen, Arnold, and Joseph. Despite a prolonged illness much of her adult life, Ruth cared for and adored her children and would love to throw big birthday parties for them. Ruth also sewed her children’s clothing. Ruth enjoyed many hobbies including:  cooking, writing, playing the piano, canning from her garden, knitting, sewing, crocheting, and embroidery.  She was strong in her faith and was a member of Assumption Catholic Church.  She was active in the guild and taught Sunday School.  Ruth was also active in the Homemakers club.  She took pride in her grandchildren and enjoyed her time with them.  In the past few years, Ruth has lived in the Golden Living Center in Otter Tail, MN, the Henning Rehabilitation Center in Henning, MN, and most recently at Pelican Valley Health Center in Pelican Rapids.

She was preceded in death by her husband in 2004; son Arnie, in 1998; daughter, Stephanie Ziegler in 2002; two brothers: Ralph Mathew and Father Freddie Mathew, and two sisters: Genevieve Eliason, and Doris Davis.

Ruthie will always be remembered for her beautiful smile. Ruth's Memorial Folder
To order memorial trees or send flowers to the family in memory of Ruth Motzko, please visit our flower store.