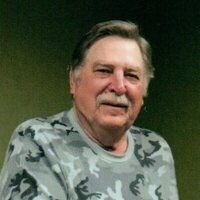 Mass of Christian Burial will be 11:00 AM, Thursday, March 18, 2021, at Assumption Catholic Church in Barnesville presided by Father Todd Arends. Burial will follow at Salem Cemetery, Wolverton, MN.

Visitation will be held for one hour prior to the funeral service at the church on Thursday.

Timothy Wayne was born May 25, 1948, to Frank and Esther (Maier) Kara in Fargo, ND. He grew up on the family farm and attended Assumption Catholic School and later grade school in Barnesville. In 1968, he graduated from Barnesville High School. Timothy enlisted in the United States Navy and served on the U.S.S. Bennington and the U.S.S. Enterprise with 3 tours in Vietnam. Timothy met the love of his life, Susan Johnson of Wolverton, at Lake Lizzie near Pelican Rapids.

He was united in marriage with Susan Johnson on June 29, 1974, in St. Thomas Catholic Church in Kent, MN. They moved to El Reno, Oklahoma where he worked for Canadian County. They returned to Barnesville and Tim started work in construction. To this union they were blessed with 2 children, Cory and Tammy. Timothy worked for Twin City Construction, Boyd Fiske Construction, and Camrud-Foss Concrete Construction for many years until he retired. In 2020, he was diagnosed with Mesothelioma. Due to the pandemic and not being able to visit with family and friends, he looked forward to his McDonald's trips for Egg McMuffin and coffee.

He was a life member of Barnesville V.F.W. Post #4628, Barnesville Pool League, and Barnesville Rod and Gun Club. He loved spending time with his family and friends. Timothy adored and treasured his kids and grandkids. He enjoyed fishing, hunting, music and playing guitar. He looked forward to icefishing with his brother, Curt, every December. He was always there if family or friends needed a helping hand.

He was preceded in death by his parents, Frank and Esther; in-laws, Gordon and Cecelia Johnson; and brother, Tony (Bev).