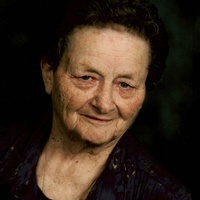 Visitation will be 5-8 PM, Tuesday, June 26, 2018 at Assumption Catholic Church in Barnesville, MN with a Prayer Service at 7:00 PM.Visitation will continue one hour prior to mass on Wednesday at the church.

Vivian Catherine Desing was born on April 27, 1929 to David and Mathilda “Tillie” (Nicklay) Desing in Barnesville, MN. She grew up in Barnesville where she attended school and graduated from Barnesville High School in 1947. She married Leonard Julian Montplaisir on January 28, 1954 and they made their home in Barnesville where they raised their six children. Sis had a gift for cooking and she worked at her mother’s restaurant, the Eagle Café in Barnesville, before opening her own restaurant from 1970-1979 called “Sis and Mars” with her beloved sister.  She later worked as a cook for Barnesville High School from 1981 until her retirement in 1991. She could also be found preparing food for many family, church, and community events as well as for the Steam Threshers workers in Rollag, MN.

Sis was a lifelong member of the Assumption Catholic Church, the National Catholic Society of Foresters, and the St. Anne’s Guild. She enjoyed spending time with her family at her cabin on Lake Lizzie. She was a faithful fan of Minnesota sports, especially the Twins. She also enjoyed her occasional trip to the casino with her friends. Most of all, Sis loved people. She never turned down a gathering and she was often the last one to leave the party. Her smile, laughter, and sense of humor will be forever missed.